To recover your password please fill in your email address

Please fill in below form to create an account with us 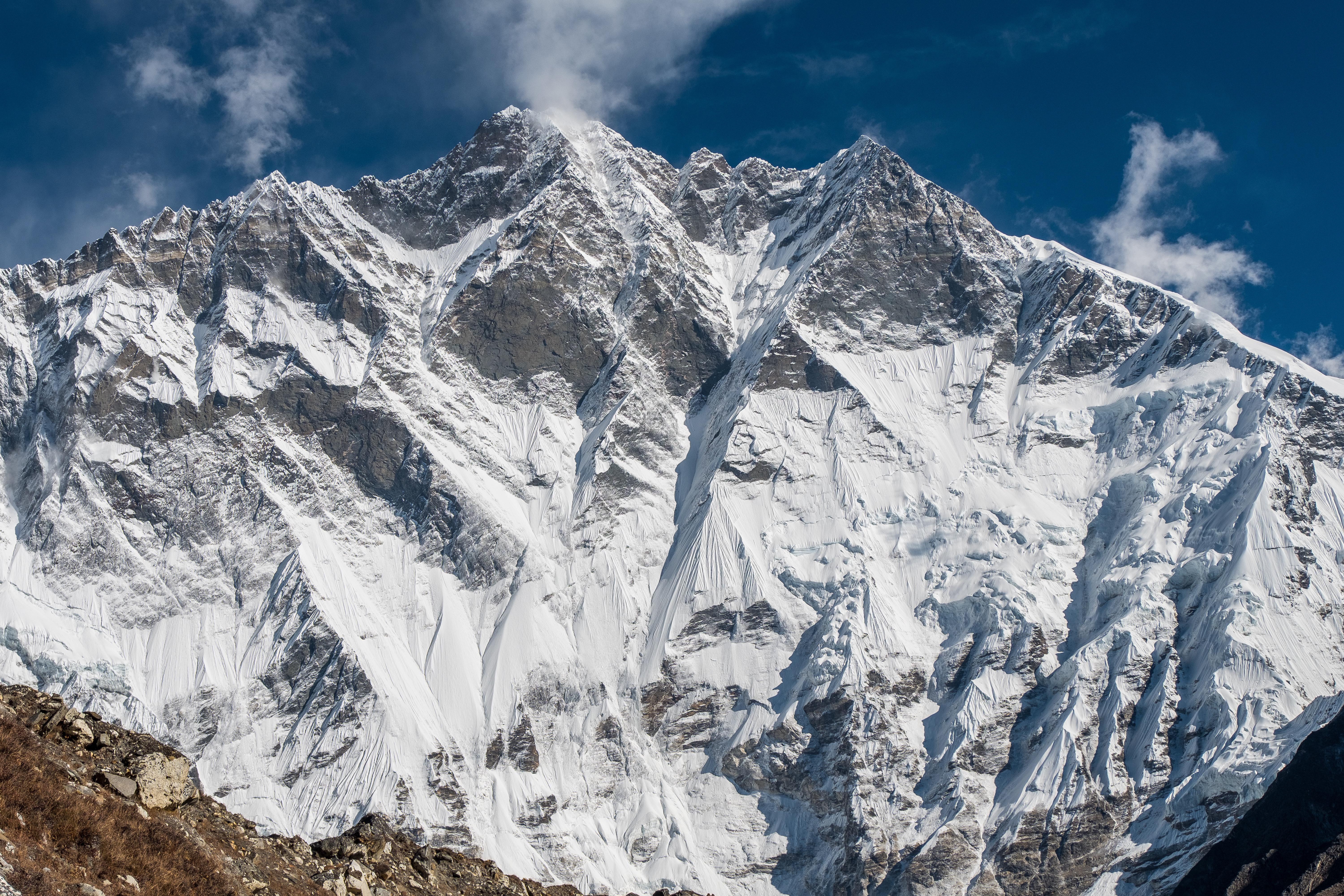 Lhotse (8,516m / 27,940ft) is the fourth highest mountain in the World and one of the most popular eight thousander peaks as it is connected to its “big brother” through the South Col.

Lhotse stands at 8516 M, making it the fourth highest mountain in the world. It is situated at the border of Tibet and Nepal. Its long east-west crest is located immediately south of Mount Everest, and the South Col, a vertical ridge that never drops below 8,000m, connects the summits of the two mountains. Lhotse has three summits: Lhotse Main 8516m, Lhotse Shar 8383m and Lhotse Middle or East 8413m.Sometimes mistakenly Lhotse has been identified as the south peak of the Everest massif. No serious attention was given to climbing Lhotse until Everest had finally been ascended. Lhotse first climbed in 1956 as an alternative route towards the summit of Everest.

Ernst Reiss and Fritz Luchsinger who were part of a Swiss expedition first climbed Main Lhotse in 1956. Sepp Mayerl and Rolf Walter first climbed Lhotse Shar on December 5, 1979 by taking the SE-ridge.

A deep scar, an icy gully known as the Lhotse Couloir, marks The West Face of Lhotse; the couloir is the crucial test to the Lhotse climb, mainly because the climbing conditions of the couloir are affected by weather and seasonal snowfall.The route progresses through Khumbu icefall. Moving further, we will reach Camp 1 that exists at the top of Khumbu icefall that is surrounded with crevasses. From Camp 1, we will pass through lateral moraine to west ridge that greets us with close-up view of Lhotse. This place is perfect for Camp2. Leaving Camp2, we will reach near to Lhotse wall by crossing glacier and ice cliffs where we will set Camp3. Camp4 is located near to South Col. From Camp 4, we will proceed through steep rock sections to the summit.

For people with a sufficient time frame, an excursion to nearby Lobuche Peak, 6119m, is a great way to ensure you are well acclimatized before you start the Lhotse Expedition.

Let us take you to places
of incredible beauty